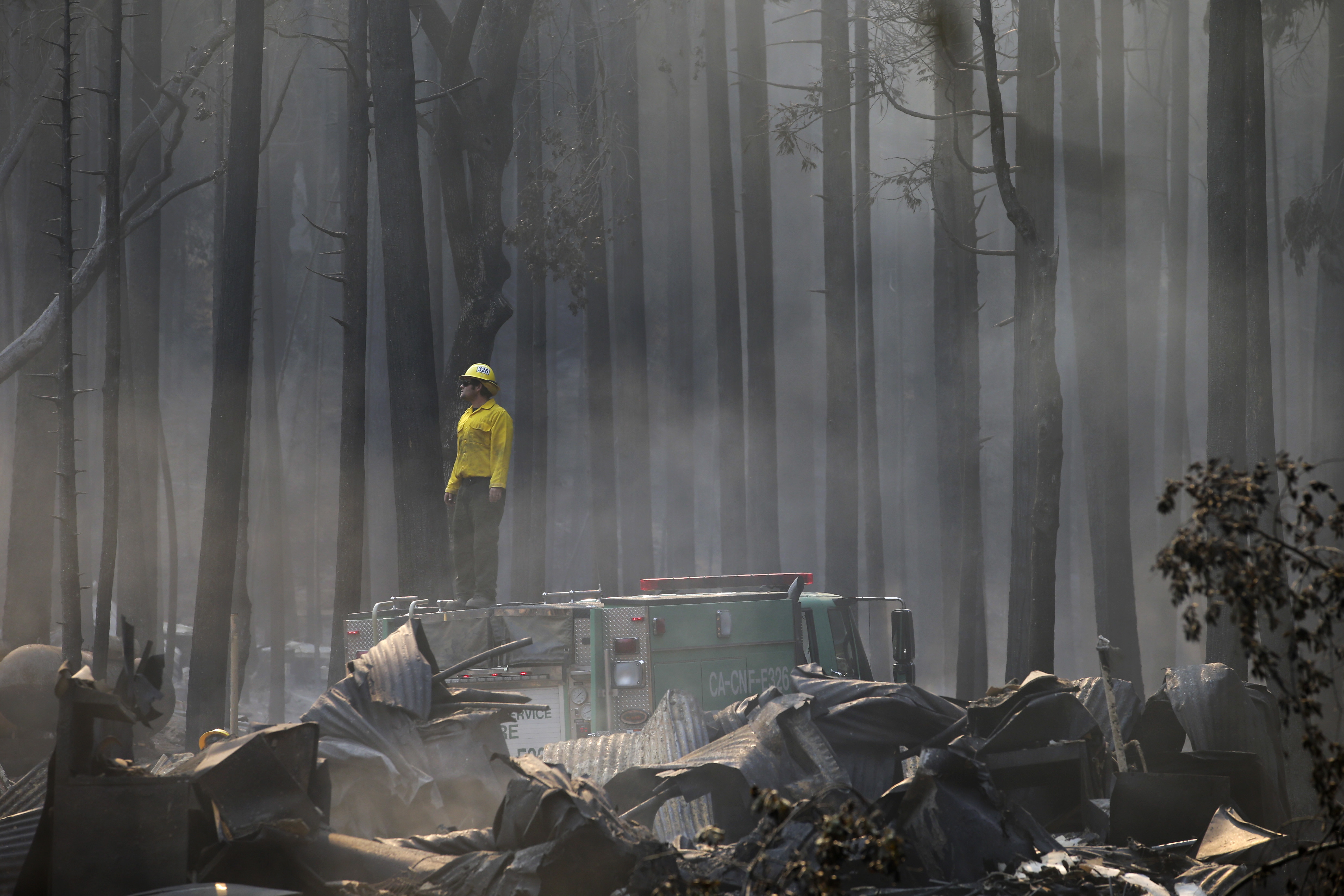 Recently I watched a documentary on forest fires within Yellowstone, reminding me what I had seen first hand last summer. The charred and barren spots within the park remind us that fires can be damaging or beneficial, sometimes both. This all depends on where the fire begins, the duration of the fire, and the one fighting the fire.

Ministry can often feel like you are playing the role of a fire fighter, and many times it can feel lonely. If unity is a value of yours, then most of your time in ministry is spent fixing, solving, or listening to peoples problems… for me this is ongoing conversations with parents, students, volunteers and other staff. In a single moment, an uncomfortable conversation can explode into a roaring wildfire that has swallowed up all your time and attention. Amidst the current damages you are looking for the source, assessing risks, and looking for ways to conceal it before it does more damage. Your job as the fire fighter will be to determine how to best fight the fire, and ensure that it is put out properly.

I remember one time in my first year of youth ministry I had a leader improperly using social media. He was leveraging our student ministry social media and publicizing things and people in a way we didn’t deem appropriate. Like small sparks next to a gasoline tank, I saw trouble. I asked him to stop. He didn’t. Actually, he did it even more than before. I now had parents calling me. This small fire just got bigger. As more people got involved including my boss, my boss’s boss, and the leadership of our church it became clear, we had a wildfire. With a few different attempts I saw this leader wasn’t backing down or apologizing for what he did, he actually was making excuses and trying to defend himself. I had one more follow up meeting with him, as it was clear there was only one way to put this fire out. He would become the first volunteer I ever had to ask to step down from a serving role in ministry. It’s unfortunate for me and my ministry to learn later that this guy had multiple times “offended” previous leadership. Why wasn’t it addressed or taken care of? Eventually the fire got so big that others noticed and I had to put it out.

Fire hurts but fire can also produce life. Wildfires are one of natures ways of cleaning house of things like disease and unwanted invasive species, replenishing the ground with new seed so that new life can take over. Because of the charred ground (lessons learned from the past) it is very rare for a wildfire to re-enter a territory it’s already been for the next 30-40 years. It’s almost like the area is immune to the fire.

I think we can learn from this as leadership in the church. Small controlled fires, while still hot can produce a wealth of healthiness for your leadership and those you lead. If you suspect any kind of fuel for a fire I challenge you to inspect it, throw a match at it and see what happens. I’m not suggesting you “stir up trouble” but I am challenging you to lean into the harder conversations, ask questions and listen to the heart of those you lead. If you suspect that a situation could get worse, it needs your attention. Don’t put it off, thinking it will get better… it never does. Like a hot coal in the middle of a forest, division waits to destroy the seeds you have been planting and watering. Find the source of disunity among your leaders/students/parents address it, chase after it and put it out.

Many will gawk and awe at the wonder of a fire, very few will walk into it to claim survivors and battle the flame. The next time you see a fire among those you lead remember that the enemy is at work and wishes the worst upon you. Put on the armor that’s been given to you and go to battle.

Finally, be strong in the Lord and in his mighty power. Put on the full armor of God,so that you can take your stand against the devil’s schemes. For our struggle is not against flesh and blood, but against the rulers, against the authorities, against the powers of this dark world and against the spiritual forces of evil in the heavenly realms. Therefore put on the full armor of God, so that when the day of evil comes, you may be able to stand your ground, and after you have done everything, to stand.  Stand firm then, with the belt of truth buckled around your waist, with the breastplate of righteousness in place, and with your feet fitted with the readiness that comes from the gospel of peace.  In addition to all this, take up the shield of faith, with which you can extinguish all the flaming arrows of the evil one. Take the helmet of salvation and the sword of the Spirit, which is the word of God. And pray in the Spirit on all occasions with all kinds of prayers and requests. With this in mind, be alert and always keep on praying for all the Lord’s people. Ephesians 6:10-18